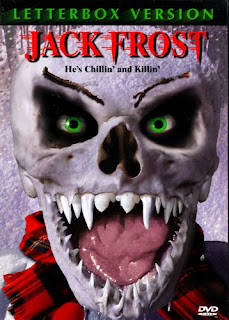 I previously covered this movie on the blog here, but decided to come back and share the locations I missed the first time around.  The locations I previously shared from the movie are also featured in the movie Grotesque (1988) starring Linda Blair and Tab Hunter.  Pretty much all the locations in Jack Frost are a stones throw from each other.

All of this information was in the previous post, but to briefly recap:

One of the main locations from Jack Frost is the Fawn Lodge.  This serves as a Town Hall in the movie, where the Snowman Building Contest is held and the finale takes place.

Directly across the street is the Fawnskin Market, featured in both Jack Frost (1997) and Grotesque (1988).

Within sight of these, just around the slight curve in the road, is the building that was used as a police station in both Jack Frost (1997) and Grotesque (1988).  It is now a Post Office.

Now on to the new locations:

Within sight of the Fawn Lodge is Old Man Harper's House, featured briefly near the beginning of the movie.

Sheriff Tiler's house is located right nearby on Mohawk Dr.  This is the house where the infamous snowman-in-the-bathtub kill takes place, featuring a pre-American Pie (1999) Shannon Elizabeth.  While this is happening, there's a brief exterior shot of her hand flailing in the upstairs window, as a passing neighbor sees it and waves back (see photo above).

Right next door to Sheriff Tiler's house is the Metzner house.  This is the home of Shannon Elizabeth's character, where her grieving parents (her brother Billy was decapitated in a sledding accident) are offed by the killer snowman.  Based on Google Maps, the giant tree stump is even still there!  This house is located on the corner of Mohawk Dr and Chickasaw Rd.  Behind Jack Frost, you can see the house just across Chickasaw Rd.
Location: Fawnskin, CA
Coordinates: 34.271165, -116.944912
Visible on Street View: Yes
Links:
Zillow
Posted by Another Horror Blog at 2:03 PM No comments: 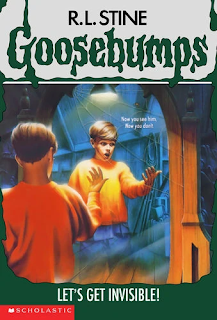 Fans have found a few of the locations from the '90s Goosebumps (1995) TV series over the years, but there's still really not a lot of information out there about the filming locations.  I hadn't seen anyone share this one yet, so I figured I'd make a quick post.

The house from the episode Let's Get Invisible (1996) turned out to be an extremely easy find, thanks to the 128 right above the door.  The house was built in 1894, but unfortunately it's difficult to get much information on the property without opening an account with Zolo.  I'm confident the attic with the mirror was a set, but I'm unsure if the interiors were used for the kitchen.  The entire episode is set at this house, so as far as exteriors go, this is the only location to find.  The same house exterior is also featured as the primary location in the episode An Old Story (1997) the following season.
Location: Toronto, ON, Canada
Coordinates: 43.676604, -79.381868
Visible on Street View: Yes
Links:
Toronto Architectural Conservancy
Zolo
Posted by Another Horror Blog at 1:43 PM No comments: 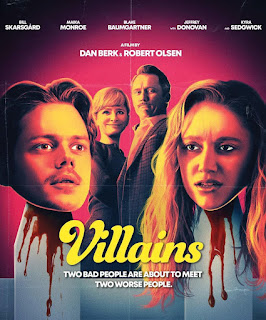 Villains (2019) is a recently released thriller starring Bill Skarsgard (It) and Maika Monroe (It Follows) as a young couple on the lam who break into the home of a suburban couple (played by Jeffrey Donovan and Kyra Sedgwick) with a dark secret of their own.  Aside from the first and last scenes, the entirety of the movie takes place at the home of Donovan and Sedgwick's characters, which is a private residence located in Nyack, New York. 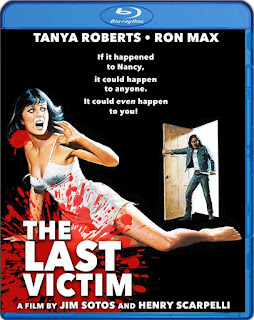 At one point in the film, Nancy Ulman drops her kids off at the Verona Public Library.  The Verona Municipal Building can be seen in the background, as well as a bronze statue honoring Verona's World War I veterans located in the grassy park across the street.  This little square is known as the Verona Civic Center.
Location: Verona, NJ
Coordinates: 40.832749, -74.246144
Visible on Street View: Yes
Links:
Verona, NJ
Verona Public Library
Posted by Another Horror Blog at 2:29 PM No comments: 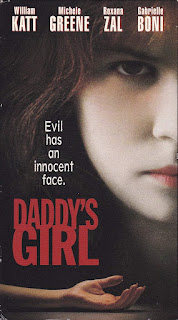 It's been a while.  I watched Daddy's Girl (1996) the other night and the locations were super easy to find, so I figured I'd throw a little post together for old time's sake.  This movie was a '90s suburban thriller from Canadian producer Pierre David, who made a string of these similar thrillers throughout the '90s including The Paperboy (1994), The Neighbor (1993), Stalked (1994), The Nurse (1997), The Landlady (1998), The Dentist (1996), etc.  He's still making the same kind of movies, only now geared towards Lifetime instead of the '90s straight-to-video market.


The three main houses in the movie are all located on Celtic St in Chatsworth.  The Mitchell family home, where Don and Barbara live with their evil adopted daughter Jody and niece Karen, is located in Celtic Ct, a quiet cul-de-sac at the end of the street.  Grandmother lives just a short walk down the road, and real estate agent Rachel Landers and her daughter Claire live right next door to grandma.  It's funny to see Rachel driving up to grandmother's house near the end of the movie, considering she lives right next door.  She probably could have just walked!

Thanks to a conveniently placed street sign featured in the movie, Jody's school was an extremely easy find.  The school is Bridges Academy in Studio City.  The interior of this building served as the hallways of Westerburg High in Heathers (1988).  The Remington University alley where Winona Ryder infamously said "Lick it up, baby!  Lick it up!" is also located here on the campus.  The entrance featured in Daddy's Girl is located at the corner of Maxwellton Rd and Mound View Ave. 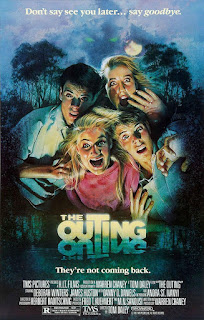 It's been a while since I've done a new post.  I watched the Scream Factory blu-ray double feature of The Outing (1987) and The Godsend (1980) a few nights ago and decided to track down a few of the locations from The Outing.

In the opening scenes of the film, three burglars break into a mansion owned by an elderly woman and are subsequently slaughtered.  Said mansion is the William R. Nash House, a historic 1907 Colonial Revival house in Houston, Texas.  The swimming pool on the property, located along the east side of the house, is also prominently featured in the film.  The swimming pool was added in the early 1970s, but aside from that the house has had no significant changes from when it was originally built.
Location: Houston, TX
Coordinates: 29.740966, -95.384634
Visible on Street View: Yes
Links:
Westmoreland Preservation Alliance
Houston's Top Homes
Flickr
The Wallace house, where final girl Alex and her museum curator father live, is a private residence in the Briarforest neighborhood of Houston.  A few of the neighboring houses can also be spotted in the film as the paperboy rides past.  The house was built in 1967 and appears relatively unchanged, including the lamp post out front with the address.
Location: Houston, TX
Coordinates: 29.753022, -95.555306
Visible on Street View: Yes
Links:
Zillow
The museum location, where a majority of the film takes place, was the Houston Museum Of Natural Science.  Production filmed inside the museum overnight while the museum was closed.  The museum opened in 1909, making it over 100 years old.  It has become one of the top 10 most attended museums in the United States.  Most of the exterior shots feature the Burke Baker Planetarium, which was opened in 1964.  The museum even offers an overnight, but only for chaperoned children 6 - 12.  The Nash House is located less than 2 miles away.